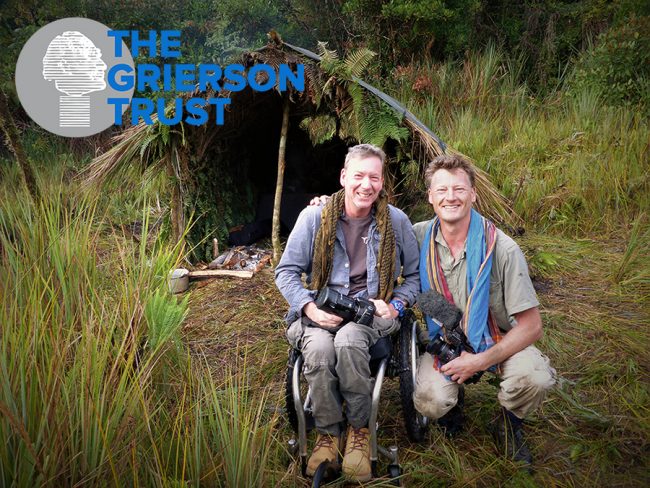 Tigress Productions are delighted to announce some exciting awards news. Birds of Paradise: The Ultimate Quest has just been shortlisted for Best Natural History Documentary at the Grierson Awards 2017.

Considered as the Oscars of the documentary world, the Grierson Awards celebrate the best in documentary film-making and so this is a huge achievement for Series Producer/Director, Simon Davies and the team across the series. The film follows BBC Security Correspondent, Frank Gardner, as he pursues his dream of seeing Birds of Paradise in the wilds of Papua New Guinea. It’s a he’s had since he was a boy but one that died in 2004 when he was shot by terrorists.  30 years ago, Frank’s friend and explorer, Benedict Allen, left the Niowra people he lived with in Papua New Guinea. And now, despite Frank’s wheelchair and his own difficult past, Benedict pledges to return to his remote former home, taking Frank with him. They journey across some of Earth’s most inhospitable terrain through tribal territories in search of Frank’s dreamed-of birds.

The final 4 nominees will be announced on 20th September and the winner will be revealed at the awards ceremony being held at The Mermaid in Blackfriars, London, on Monday 6th November 2017.