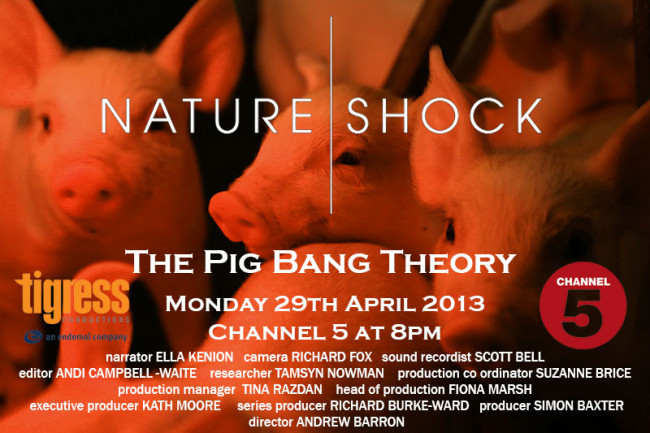 A series of explosive fires are ravaging pig barns across North America, causing millions of dollars of damage and burning thousands of hogs alive.

A colossal fire in 2005 destroyed a family hog farm over night. The barn was razed to the ground and every pig inside killed.  There was no evidence of arson. An investigation was immediately launched and after exploration a suspect came to light – methane gas. Formed in a years worth of pig manure collected beneath the barn, this lethal gas could easily catch light on the heater systems used within. It seemed like an obvious cause, but didn’t fit all of the evidence.

A twist at the scene of another fire had a disturbing edge – a perfect circle of dead pigs. The cause, another deadly gas emitted from manure; hydrogen sulphide. It kills through respiratory paralysis, but more worryingly still, it is highly corrosive and eats away at the electrics. As the wiring degrades, the electric unit overheat and creates hundreds of potential ignition sources.

As the devastation continued victim farmers reported a strange gloopy foam that appeared in the manure pit prior to the fire. The foam was 60% methane making it highly flammable. With the right trigger, it released flammable gas, if the gas hits an ignition source it is capable of creating an unstoppable fire, killing thousands of hogs.

So what creates the foam? Scientists are going to extraordinary lengths to find the explanation as Farmers are left living in fear that the fires could break out again, destroying their livelihood.