Dian Fossey: Secrets in the Mist

Dian Fossey: Secrets in the Mist is a three hour series for National Geographic Channel. The series tells the story of the life, work, murder and legacy of gorilla researcher Dian Fossey.

The second strand tells the story of Dian’s murder in Rwanda and the trial of her American co-worker Wayne McGuire, who was found guilty of her murder. Wayne fled Rwanda before the trial began but was convicted in absentia. He has always maintained his innocence. We review the scant evidence presented at the trial and speak with people who were involved in investigating the murder.

Finally, we will tell the story of Dian’s legacy through the Pablo troop of gorillas, the offspring of gorillas who Dian knew and studied, and that survived the very worst years of poaching and habitat loss due in large part to Dian’s efforts.

The series uses extensive archive footage and still images, interviews with people who knew and worked with Dian, specially shot footage and reconstruction to tell the life story of Dian Fossey and the aftermath of her murder. 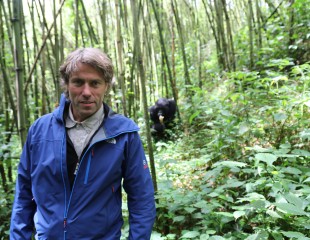