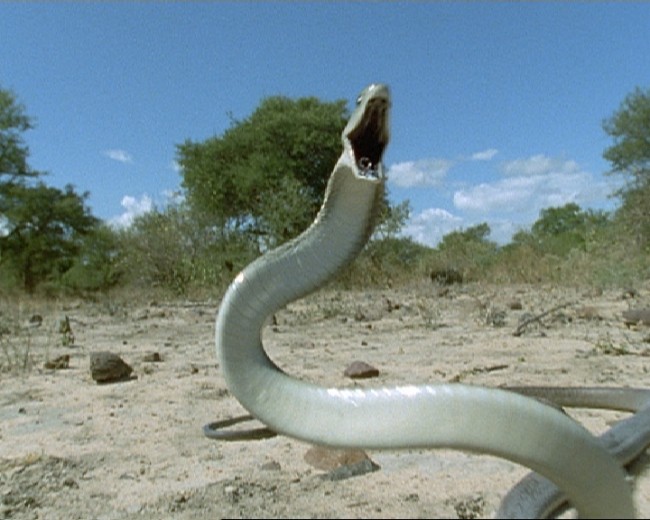 An exploration of the snake believed by many to be the most dangerous in the world.  By their very nature, snakes are unpredictable.  But the Black Mamba is also aggressive and fast, probably the fastest snake on earth.  It’s big too. An adult snake can grow up to 12 feet long and raise two thirds of its body from the ground when threatened.  That puts it eye to eye with the average man.  To top it all off, the mamba has a neurotoxic venom that can kill in minutes, shutting down vital organs one by one.  Death usually comes through slow suffocation as the muscles of the chest stop functioning.

The Mamba is the ultimate predator.  Through the stories of people who have had close encounters with mambas, this film tries to separate fact from fiction.  We follow the poison as it courses through the veins of a victim and discover what it is like to be bitten by the Black Mamba – the snake with one of the most lethal poisons on the planet.